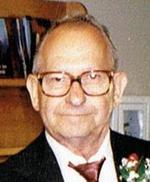 The family will receive friends in celebration of Willard's life at the Humenik Funeral Chapel, 14200 Snow Road, Brook Park 44142, on Sunday April 21st from 1-5PM, where Funeral Services will be held at 9:30AM on Monday. Interment at Western Reserve Memorial Gardens.