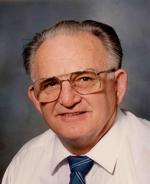 Metroka, Robert R., age 83 of Brook Park passed away quietly into eternal life on Sunday, January 13, 2013. He is survived by Joyce (nee Bales), his beloved wife of 57 years, his son Michael E. (Marsha), his grandchildren Meridyth (boyfriend, Thomas) & Michael R., his sister Betty (Sylvester-deceased) Hrusovsky, and his many nieces and nephews. Robert will join his parents Mike & Elizabeth, his brothers John & Michael and his sisters Melvina, Emma & Dorothy. He will always be remembered as the rock that held the family together with his values and honesty as a loving husband, father, grandfather, brother, uncle and friend. Robert was proud to serve his country as a United States Marine in the Korean War and to finish his career as an engineer at NASA. His memory will live on in all who knew him and he will be greatly missed. The family will have a Private Memorial for him at a later date. For those who wish, the family suggests contributions be made to the American Heart Association, www.heart.org, in his name.