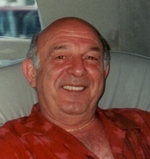 The family will receive friends in celebration of John's life at HUMENIK FUNERAL CHAPEL, 14200 Snow Rd. Brook Park on Tuesday June 12, between 5-9PM. where Funeral Services will be held on Wednesday at 11am.