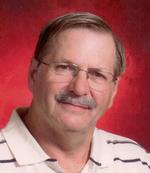 Cotter, John Edward “Jack”, age 65 of Cleveland, passed away peacefully on June 3, 2013. John is preceded in death by his beloved parents James and Leona. Loving brother of James (Carol). NASA retiree, avid volunteer at the Cleveland Zoo and his church as a computer instructor for seniors.

The family will receive friends in celebration of Jack's life at Humenik Funeral Chapel, 14200 Snow Road., Brook Park on Thursday June 6, 2013 between 5-8PM where Memorial Services will be held at 8:00PM.