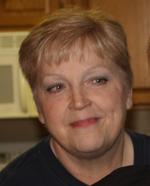 The family will receive friends in celebration of Janet's life at the Humenik Funeral Chapel, 14200 Snow Road, Brook Park, on Tuesday from 3-5 and 6-9PM, where Funeral Services will be held on Wednesday at 10AM. Interment at Sunset Memorial Park. For those who wish the family suggests contributions to the American Liver Foundation, 39 Broadway Suite 2700, New York, NY 10006.