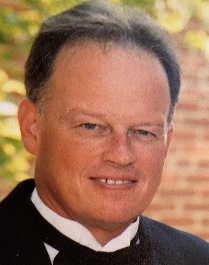 CLIFFORD JAMES BENNETT of Austin, TX, formerly of Independence, OH, born on August 9, 1955 to the late Gordon and Leona Bennett, passed away, unexpectedly on August 22, 2018, after a recent hospitalization. Cliff is survived by the love of his life, Terrie (nee Bemer), his beloved wife of 16 years.

Cliff was a sports lover with a tender-heart and twinkling eyes; and an uncanny ability to quip unforgettable one-liners.

His love of baseball began at a young age.  He slept in his baseball uniform with the glove in his hand until he was told he must change his clothes. Baseball weaved throughout Cliff & Terrie’s life.  They enjoyed watching the UT Horns play in Austin and at the College-World Series in Omaha; and, of course, rooting for the Indians!  Their first date was at Jacob’s Field on Opening day, 4/14/2000 and later, their wedding reception held at the Terrace Club.  Cliff played in Cleveland and Akron’s baseball leagues until he moved to Austin.  The guys he played with became life-long friends. The baseball guys and their wives met in Ft. Myers, every Nov. for Roy Hobbs World Series tournament. As Cliff would say a week of “Baseball, beer, shrimp, laughter, repeat”!

The ultimate cook, renown by family and friends for his famous blueberry pancakes and elaborate Thanksgiving feasts. But none of his loves of life were as strong as his love for dear wife, Terrie.  From surprise bouquets to Kate Spade purse, Cliff’s love for Terrie shone brightly throughout their marriage.

The family will receive friends in celebration of Cliff’s life for a Memorial Service at Divinity Lutheran Church, 11877 Blossom Ave., Parma Hts., OH 44130 on Saturday, September 8th at 11:00AM.